For weeks, I had been watching out the glass doors in the dining room as a squirrel played “tag” with our husky mix, Chinook and our neighbors’ black lab, Buddy. At first, his movements and actions – scampering from tree to tree, scaling the trunks, leaping across seemingly vast spaces (for a squirrel) – seemed random. After several days of observation, however, I concluded that the squirrel was actually teasing the dogs.

With one dog on one side of the lawn and the other across the way, the squirrel played them mercilessly. If they continued the game in Buddy’s yard next door, I never noticed. We had just about an acre of spruce forest, so the squirrel had a large “game board” and plenty of “ammo.”

It was truly fun to watch. The dogs were determined, the squirrel had unlimited time and energy – “the never ending match.” To my knowledge, the dogs never caught up with the squirrel. It ended, as they say, in a draw! 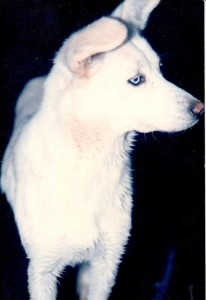 May God richly bless you and yours as you “live” with us in the foothills of the Selkirk Mountain range – no matter where you live on Earth, and whether or not you are currently on a mountaintop – or in a valley – spiritually. This week, read and consider Psalm 91.

You may find our personal blog, Puttin' In Time on the Rockpile - Living Life on Mt. Snowberry - at http://timeontherockpile.wordpress.com